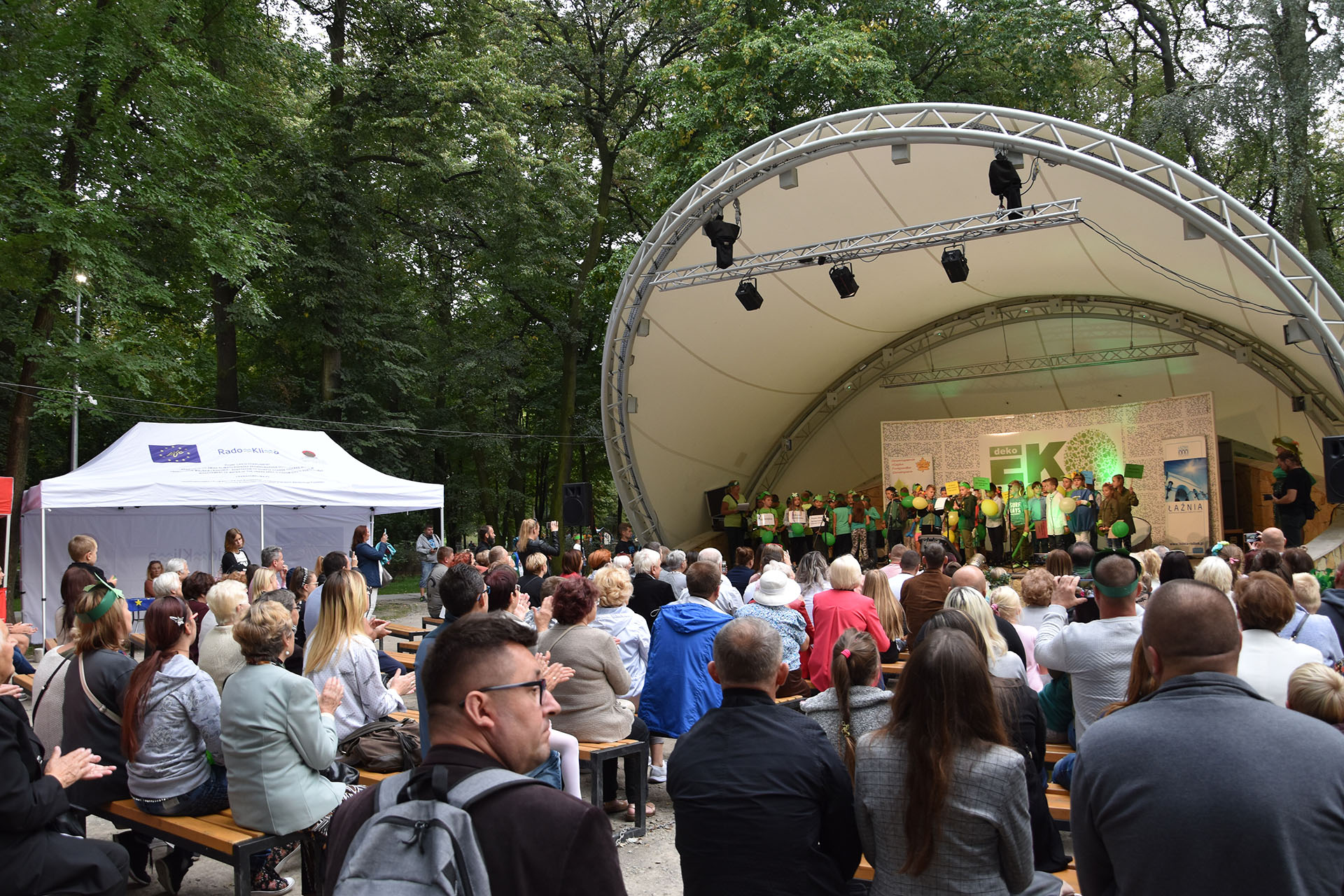 On 15th September 2019, fourth ‘Positive party over generation’ – from The Advanced Youth cycle (reactivation) - organised by Stowarzyszenie Miejska Partyzantka Geriatryczna and Łaźnia took place in the area of city fountains, Żeromskiego Street and the Concert Shell.

This time the organisers focused on ecology. The first point of the event was EcoParade, during which the inhabitants of Radom - both children and adults - stylised after ecological greenery (e.g. in costumes made of scraps of materials and leaves) passed from the meeting point by the fountains to Kościuszko Park. There, at the Concert Shell, students of Primary School No. 26 gave a performance "To save the Earth". The best green stylisations were also awarded. 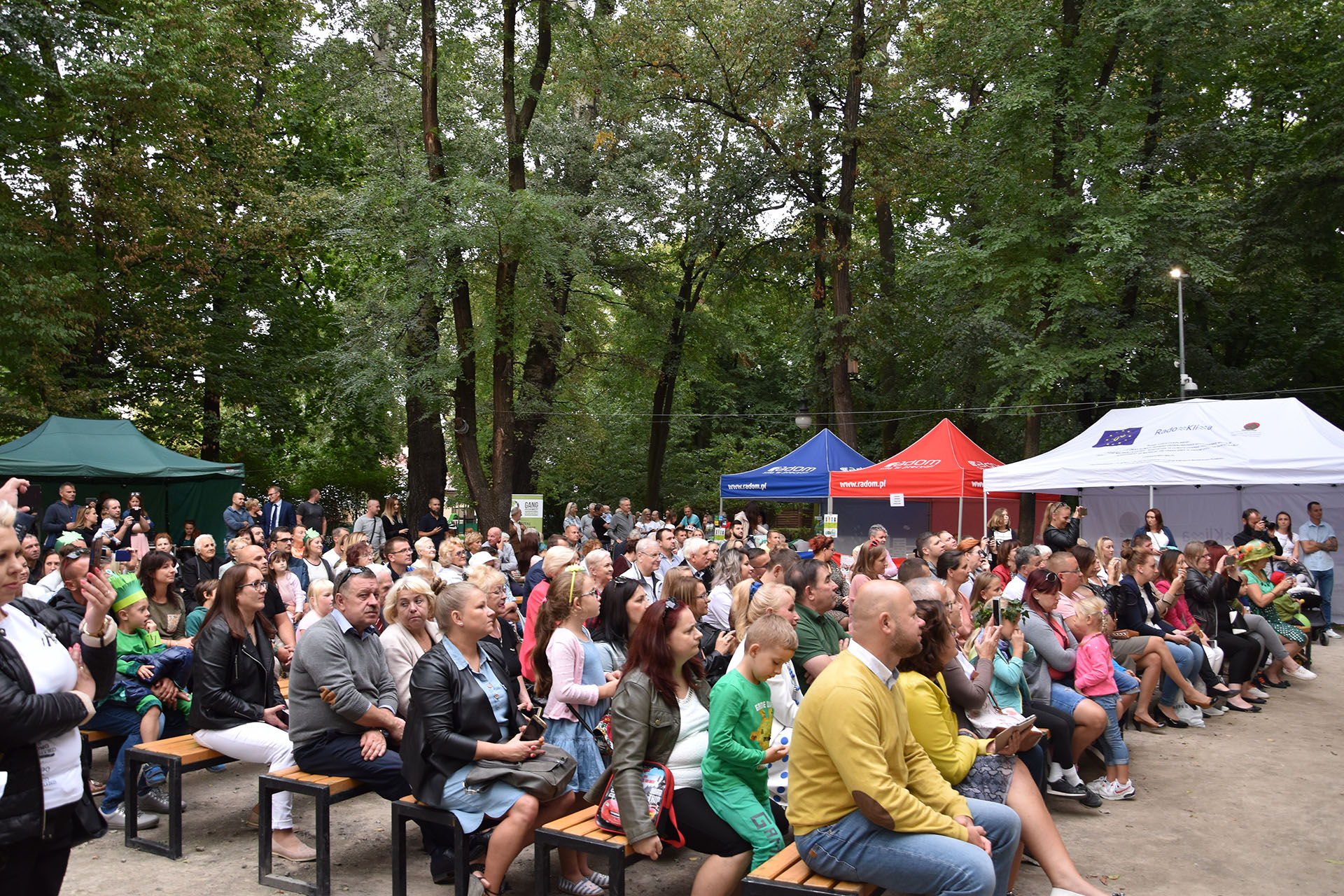 During eco-talks, it was possible to obtain information about organised actions whose aim is to encourage Radom inhabitants to adopt more ecological attitudes and behaviours.

Due to the subject area of the event, the characteristics, purposes and the reasons for the LIFE RadomKlima Project implementation - which result primarily from the need to adapt the city to climate change - were also presented.

Furthermore, many additional attractions awaited the participants during the event, incl. Gang Poszukiwaczy Szczęścia from Lublin, Monsieur Noe Nitot and his Projekt Walizka and the Drums concert performed by Ryszard Bazarnik. 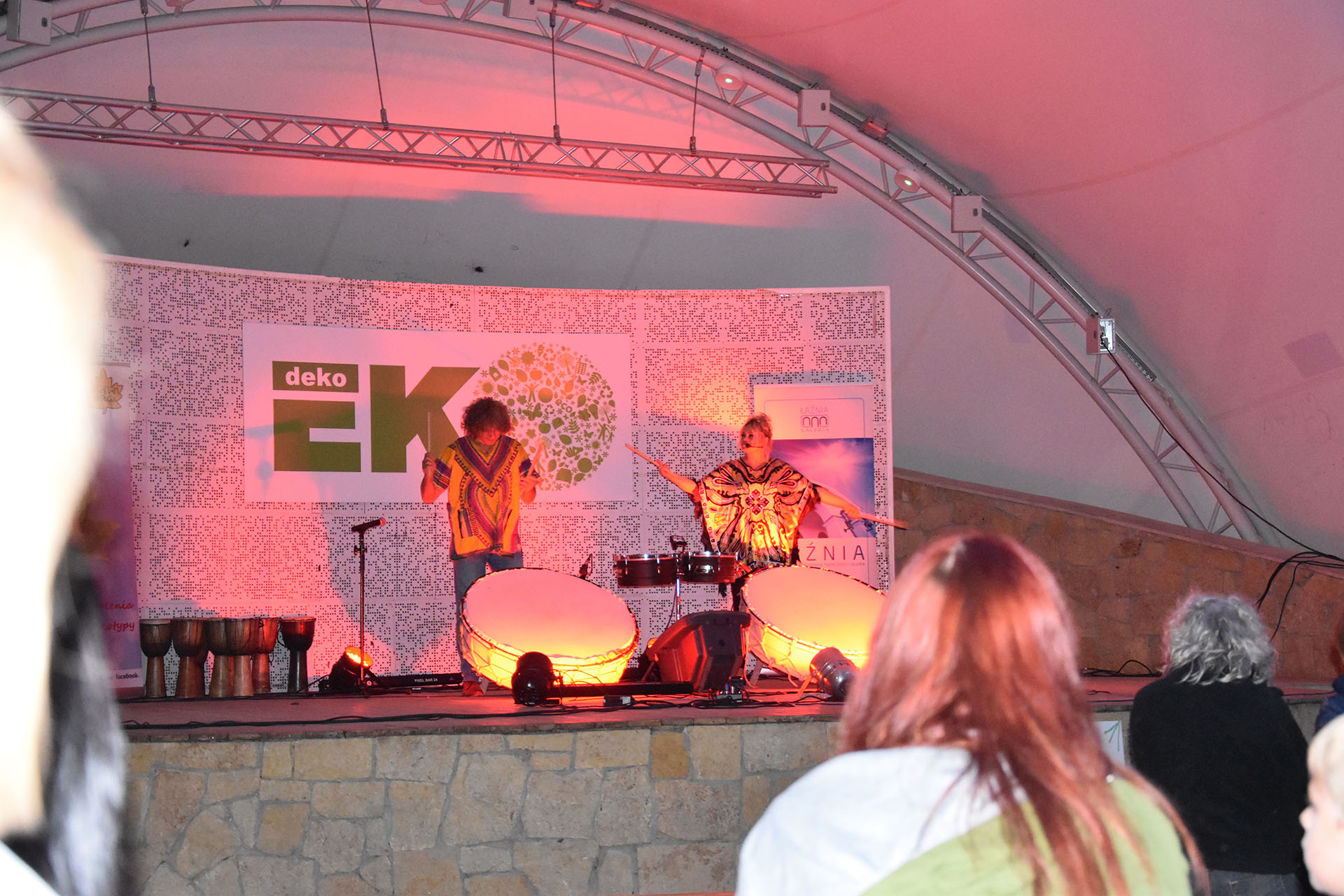